New octopus found off the coast of Willemstad, Curaçao 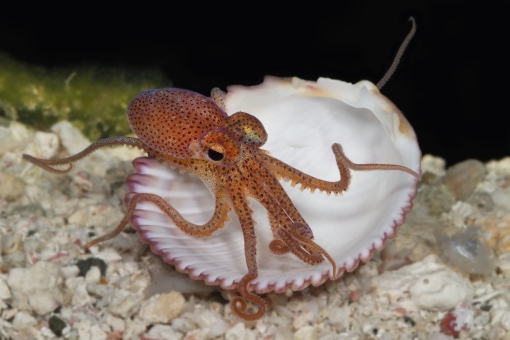 Since 2011 the Smithsonian Institution’s Deep Reef Observation Project (DROP) has been cataloguing the species of mesophotic and rariphotic reefs in the southern Caribbean. Based in Willemstad, Curaçao, an island off the coast of Venezuela, DROP employs the manned  submersible DSR/V Curasub to reach depths of 40–300 m. DROP researchers opportunistically collected fifteen octopod specimens during manned submersible dives near Willemstad, Curaçao, from 2011 to 2016.

Among these fifteen octopod specimens they found one group of octopods, with two specimens that did not correspond to any known species. They describe this as a new species: Octopus jeraldi Pratt, Baldwin & Vecchione, 2020.