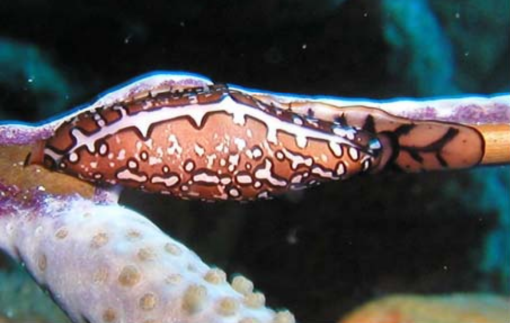 The gastropod-species described by Felix Lorenz in an article in Acta Conchylliorum is known for many years and illustrated in several publications. However, it has never been named, as the new species was observed and photographed by some scientists, but not collected so a specimen could be used as a holotype. Others who had specimens in their possession, did not conduct the taxonomic procedure. The author formally describes the species hitherto known as the “black morph Cyphoma” as Cyphoma cassidyae n. sp. from Curaçao and Bonaire. It differs from its congeners by the pattern of the mantle consisting of a black coat with white tentmarks along the mantle edges. The shell is thin and lacks a calloused labrum. The species might be neotenic.