The emergence of a new reef coral on Curaçao 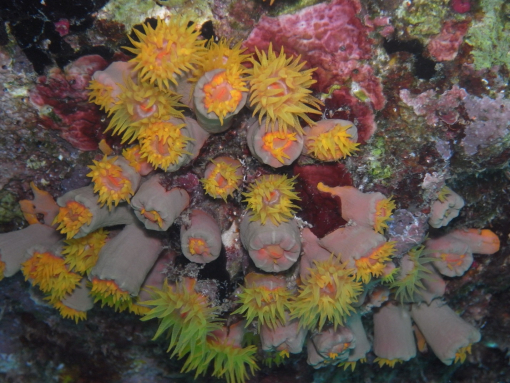 A new reef coral species has been discovered during research by Naturalis Biodiversity Center in Leiden in collaboration with CARMABI Research Station on Curaçao, This discovery was recently published in the scientific journal Ecosphere. The species is Cladopsammia manuelensis, which in the last decade has become increasingly abundant in water not shallower than 4 m depth. The calyces of the coral polyps are grey-orange in colour, while their tentacles are bright-yellow. Such corals are popularly known as sun corals because the radiating tentacles resemble sun rays. The new species is independent of sunlight and has previously only been known to occur in deep, dark waters.